The other day I was conversing with my friend about what kind of hairstyles I planned to wear for my wedding. I remarked I would probably wear my hair down for the reception, since it will likely coordinate with my outfit. My friend told me I was silly–I should wear my hair up, in some fancy elaborate nest of curls and rhinestones, and show off my cheekbones. Without thinking, I instantly replied:

“No! My hearing aids would make my ears stick out in the photographs!”

Now, mind you, I’m not shy or ashamed about my wearing or showing my hearing aids. The Bridezilla in me was mortified about ears sticking out in photos more so than hearing aids being shown in photos–I feel it’s important for me to clarify that–and more so, liked the aesthetic of long, flowing hair against the most elaborate and colorful outfit.

Later on that day I started thinking about what I said. Save for a few early-teen photos, there’s hardly any photos of me with my ears showing. Then I remembered coming across this photo– 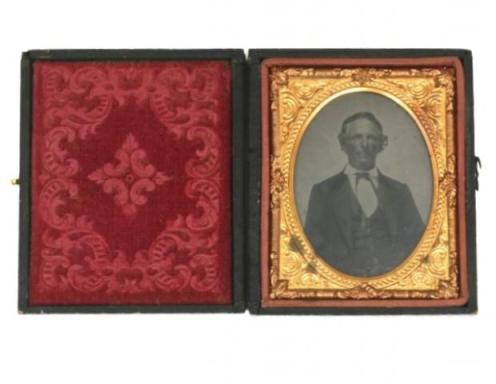 The caption describing this image remarks how wearing an ear trumpet was an unusual subject for any photo and much effort was made to deliberately conceal ear trumpets. Clearly this ambrotype from around 1851-1880 (United Kingdom) suggests a proud owner.

Now think about this: Until the development of the electronic hearing aid in the 20th century, ear trumpets were large, bulky artifacts. Some, like this collapsible ear trumpet could be carried in pockets and taken out to use when necessary:

Others were cleverly disguised and delicately crafted to be worn on the person as according to the fashions of the time, like this stunning floral Aurolese Phone (F.C. Rein, 1802) which still shows its original white and green paint.

Seriously, I’ve seen this in person, and it is a stunning artifact, perhaps the most beautiful one I’ve ever come across in all my visits to hearing device exhibits. It is also quite functional as well, providing an acoustic benefit up to 10 dB over a limited frequency range, suitable for someone with mild hearing loss.

There were also plenty of fashionable trumpets, likely affordable only to the wealthy, crafted of fine materials and quite detailed: 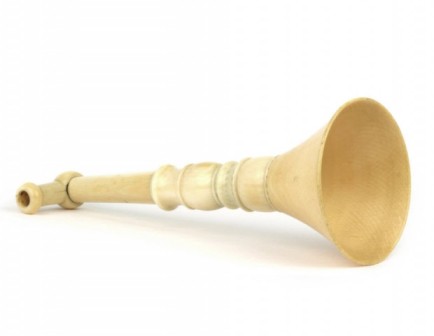 I started a searching for a variety of photos of individuals photographed wearing some kind of hearing trumpet or ear horns. To me, these photos suggest something particular about the individual: that for them, the artifact was inseparable from their identity, inseparable of how they saw themselves and how they wanted to present themselves to the world. 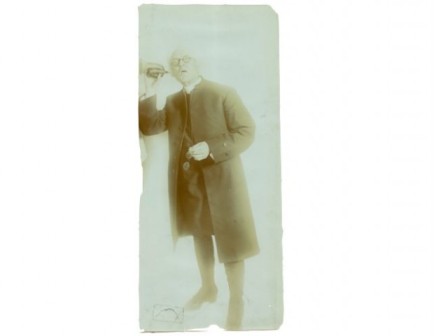 Mary Greg (was Mary Priscilla Needham) and daughter Amy Greg sitting beside her.

Special thanks to Laurie Slater from Phisick Medical Antiques for granting permission to repost some images!

Edit: this is the instrument that Dr. Alderman refers to in his comment below–likely brass, late 19C. How disappointing the BDHS did not obtain the ear trumpet!

More from About me